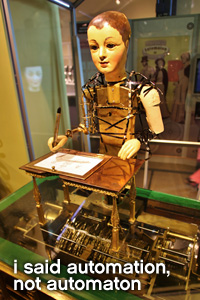 OK – I got a little busy and let the blog go semi-dormant. This is free information, but it’s a bargain at thrice the price…

Since I’ve covered Facebook pretty thoroughly, I figure it’s time to move along to some automation. The beauty of automation is that you don’t have to work quite as hard as you’ll appear you are. People will think that you’re really on the ball, even when you’re only on the ball for a fraction of the time. Because, let’s face it, none of us is “on” all the time. If you’re like me, you’re doing pretty good to be “on” 30% of the time.

I’m not saying that I’m not awesome – I’m saying that I don’t really have the time, energy or psychic capacity to be on Twitter, Facebook, LinkedIn, Flickr, Tumblr and the other 8 zillion social sites as often as I really need to be to keep things rolling and “asses in the seats.”

So – how do I manage to look so great? I automate.

That, my friends, is a four syllable word. Not bad for an aging punk from Leicester…

Anyway – what does that mean to you? If you automate your Social Marketing/Social Media Plan, you can go to one place and do a little work – and have that little bit of work populate all over the place. Folks will think you’re really on the ball – and you spend a fraction of the time. You win!

I know you’re asking “James – how do I do this? I want to be super-awesome like you. I know I’ll never be as good looking*, but I’d like to have some small modicum of your dominance, socially. HOW, James, HOW?!?!?!” Well…

The Exercise: Set it up right, give it some thought and use the right tools.

If you give it a little thought, set it up right and use some of the great tools you have available, you can dominate some Social marketing. Or, if nothing else, you’ll look like you’re working hard – even if you’re just sitting around Earth Fare, drinking coffee and doodling in your sketchbook. 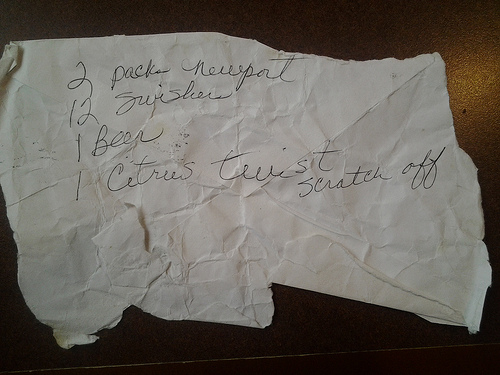 i collect shopping lists. this one was found by mr. steve from image 420. i like it.

Infographics (read: charts and stats for less nerdy types) seem to be all the rage these days. We’ve got a great client (can’t name them, due to contractual obligations) who have contracted with us to design several infographics. First up was a fun little thing for Saturday Night Live. The challenge of putting massive amounts of information into a reasonably attractive format is, well – challenging. I think it came out pretty freaking well, though. SNL has always been one of my favorites. I remember trying to stay up late as a young-un to catch a little late-night comedy. Ahhh – the memories…

Click for a big-ass version. (I almost left Joe Piscopo out of the thing, just to be mean/hip, but…) 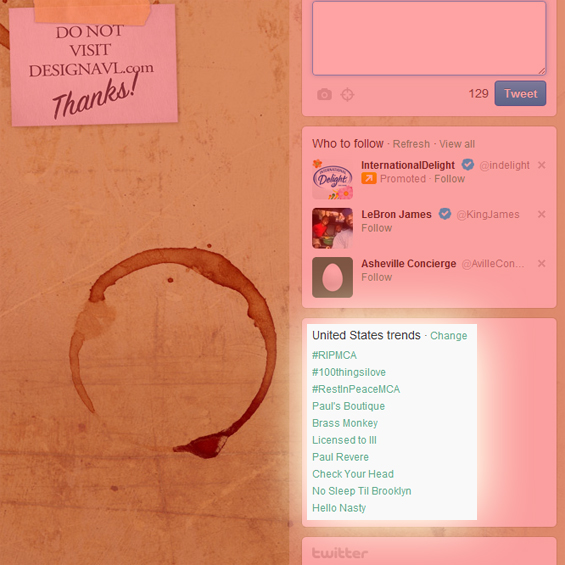 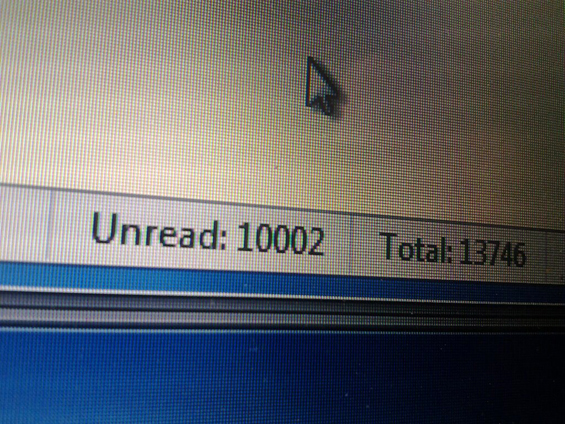 You know what? It’s Friday, it’s gorgeous outside and I have way, way too many emails to read. Farewell, web world – I’m going to go play in my garden. 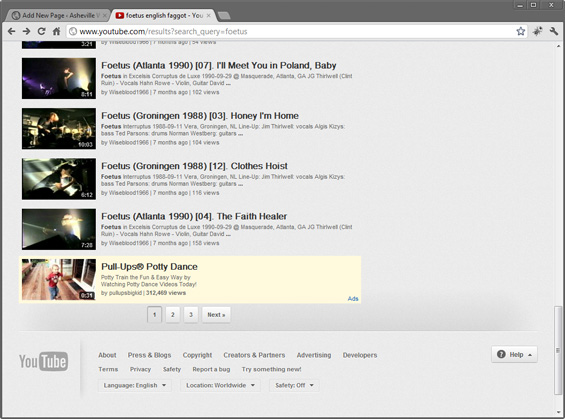 So, I was sitting outside of Earth Fare, drinking my seven thousandth cup of coffee and listening to Mr. Thirlwell do his thing on “Male,” and I decided to look for some live videos on YouTube to listen to while I worked on some graphic goodies – and this is the ad they attached to my search. I’m not sure if I should be offended, or if it’s pretty much appropriate.

It’s spring in Asheville, and I’ve been remiss on blogging lately. You see, when I have a spare moment, I prefer to be in the sun. It’s amazing, and I’m getting so bronze! Foetus is kinda crazy for casual spring listenin’, but Steroid Maximus is – in my humble, yet always correct opinion – a fabulous, funky journey just perfect for people watching, sunshine, and dastardly deeds of design.

So, my best to you – intrepid readers, clients past, present and future – thank you for allowing me to do what I do, where I do it and how I do it. This is awesome – and so are y’all.

Get out and enjoy a little spring. It’g good for you. Thanks a ton. Seriously. 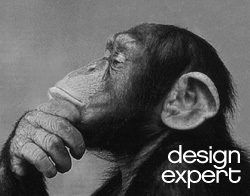 You do what you do, you do it well. You know your audience, you know your niche, and you know how to get your work done. You’re the expert, right?

When folks visit your Facebook page, your Twitter account, your Tumblr, LinkedIn profile or other social outlet, you want them to feel like they’ve hit on a place (business, person, cause, whatever) that actually knows what they’re talking about. And, really – you might know what you’re talking about – but are you an expert? God, I hope so…

That’s what folks are looking for. Expertise. No apologies, no excuses, no self-deprecating. Damn, man – shape up! YOU’RE THE EXPERT.

Mow lawns? Be the best lawn mower out there. Bake pies? Show the world why you’re the best.*

Folks want to feel confident in their choice to follow, like, favorite or bookmark you – and that confidence will spill over into real users, real sales and real quantifiable ROI with your social media campaign.

And so, with no further prevaricating about the bush, I offer…

Be the expert, show expertise, share expertise and hire the experts. Easy, huh?
Next up is Step 10: Automation for Domination

*And send me free pies. 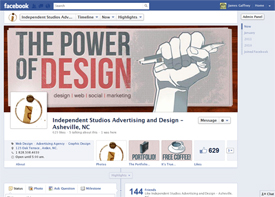 On March 30, Facebook will be rolling out the new “Timeline” for business pages. And, I must say – I’m none too thrilled. And, of course, I will tell you why. At the same time, I’m also kinda thrilled, and I’ll tell you why on that front, too…

Please note – and this is serious: YOU HAVE TO CHANGE to the NEW FACEBOOK TIMELINE FOR BUSINESS. No matter how new or old your page is – on March 30, your Facebook Page will change. This is going to happen.

How do you prepare? Well – the content you already have is safe. The apps you have are safe. The design work you’ve got (and paid for) is safe. It’ll take a little massaging, of course – but it’s still viable. You do need to start thinking a little differently about your Facebook page. A new header image (your face just ISN’T gonna cut it) and a new idea or two on how you’re going to entice people to like your page and consume your content is what you really need to get in shape for the roll-out.

The good news is that we’re ready. We’ve got the low-down on the process and the changes, and we can walk you through it. We can update your graphics, your apps and your page. We can design a new way for your page to work – so you can actually GAIN from Mr. Zuckerberg’s latest “improvement.”

Mostly, though – in the words of the Hitchhikers Guide to the Galaxy – Don’t Panic. This is mostly harmless.

Contact us – let’s get you in shape BEFORE March 30. Proactive is better than panic. Plus, it’s a cool buzzword…

Video by Jason Garris. Logo and poster design by some weirdo. 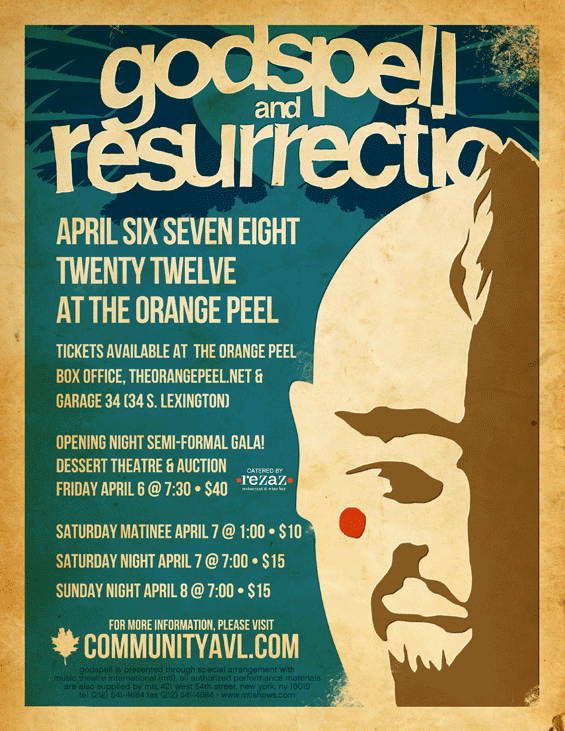 Well – I’m back on the horse. Now, I’m very happy to have a lot of work coming in and all, but if any of you could share your tips on adding a few more hours into the day, I sure would be appreciative. I’ve been trying to figure that one out for many years now, and I just can’t seem to find the answer.

So – in the interest of keeping it brief and getting back to client work, I present to you even MORE Facebook strategies. When it comes to Social Marketing, Facebook is the heaviest hitter – so you’ll want to focus a lot of your attention there.

I’m not saying to sell out or do anything seedy – what I’m saying is that you need to approach Facebook with a slightly more “salesy” mindset. I know – that kind of scares the hell out of me, too.

But anyway- I present to you, my intrepid readers:

Part 1: Call To Action: Getting folks to your Facebook page isn’t horribly difficult. Folks are on Facebook all the damned time. You think your secretary is busy building links to your business by posting comments on blogs? WRONG! She’s on chatting on Facebook. You think your customers are out there looking at your page and devouring your content? WRONG! They’re really just out there, screwing around on Facebook, wasting their time and – most probably – company time. In a lot of ways they’re being passive consumers, reading updates and messing with their friends and looking for old flames to chat up. So – how do you change that passivity? You give them a call to action. Use a graphic, a landing page, a special offer or some other incentive to click “Like.”

You want them to “Like” your page so that you can tap into their friends and their wall and their life. Them seeing your page once might be good – but getting them to “Like” you will bring you one step closer to being a part of their Facebook life – no matter how sad and unproductive that life might actually be. Give them something to “Like,” and they’re more likely to come back, post to their wall, share with their friends and help you spread like chicken pox in a daycare.

Part 2: Hide from Non-Fans: When you get eyeballs on your page, it can be a good idea to hide some stuff from non-fans. Make them click “Like” to see a special offer, get a coupon code or see more information. Tease them and they’ll be curious. You want your general information to be readily available (website, phone numbers, etc.) but you also want to give them more to pursue – but you don’t have to just give it away. Use folks’ natural curiosity to build your “mailing list” of Facebook fans. That’s a valuable list – very targeted and essentially limitless.

Part 3: Encourage Interaction: Once you’ve got them in, ask them questions. This can serve a couple of purposes. First, it gets folks adding content (answers) for you. This is good – it’ll bring them in, plus their friends will see their posts, helping you grow virally. Second, you can use this information to develop ad campaigns, new products, new ideas, blog posts, etc. It’s like a free focus group. There are lots of ways to encourage interaction – and there are a lot of rewards.

Part 4: Give it Away Now: Want to see lots of fans and some big interaction? Give something away in exchange for sharing. It can be a contest where you pick a winner – or you could give away information, links or special deals for simply sharing or interacting. Be judicious here – and remember that if you give something great away, you might have to give away hundreds or thousands of them. Even at a couple of pennies per item, that can add up if it explodes and grows like it can. 750 million people all wanting a free tshirt can be kind of expensive.*

Next up is Step 8: Twitterification…

*We print tshirts and promotional stuff – and if you have a million piece order, I’d love to talk to you.

Let’s Get All Social