InglesBräu – Drinking Our Way Through Ingles

Two Guys. Too Many Beers. Too Much Information.

We’re going to drink ’em all. Even if we don’t really want to. I mean, really – PBR?

Disclaimer: WE ARE NOT AFFILIATED WITH INGLES. We’re doing this as an excuse to drink beer and tell jokes. We don’t condone alcoholism, and if you’re a person under the legal age, you really ought to be doing something different. Shame on you. We’re not professionals, we don’t receive any sponsorship. We’re happy to take money, though.

This could be a huge mistake. Then again, it could just be fun. Bad for our livers, but we’re doing this for science and for beer enthusiasts everywhere. Or, at least those of us in Asheville, on a budget and not desirous of going into the hipper establishments. It’s Ingles, and there are Ingles everywhere. We’re cheap and we don’t really care to have to explain to anyone why we’re buying a Smirnoff Ice.

The concept is simple – drink every beer available in the Ingles build-your-own-six section and review and/or complain about it. EVERY beer – not just the ones that sound or look good. Budweiser? Yep. Pabst? Yep. We’re going to blast through every last one. Since we live closest to the Ingles in Candler, that’s where we’re going to base our experiment. We will pick out a six every week, drink it and blog about it. Reviews, sort of – but remember, we’re just two normal men that like to have a beer. We’re not professionals, and we don’t pretend to be. Expect a lot of rambling.

The rules are simpler – start on one side, finish on the other. 1 six a week until we’re done. We’ll go left-to-right, and we’ll work in vertical columns. I count 37 columns by 6 rows, or roughly 222 beers. It should take 37 weeks. This will cost, including tax, 395.10 each, plus the gas we burn getting there and back, plus the inevitable chips and other sundry shit we buy when we’re at Ingles. 34,188 calories each. We don’t have enough brain cells to count the loss.

Now, you may be asking yourself “why?” The answer is – because we can. This is the internet, and we’re going to drink the beer anyway. Why not have a little fun and throw out some blog posts while we’re at it? Part colossal waste of bandwidth, part experiment, mostly an excuse to drink beer and tell stories. We hope you enjoy – we sure as hell will. 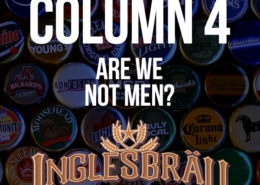 September 9, 2016
After a failed attempt at going left-to-right and drink the beer in that order, we've moved on to the right side. So far, the offering seems better - but I'm scared to death of "Kinky." IT'S NEON BLUE. But - this week, we have a couple of pleasant surprises and a few head-scratchers. Beer from Greenville? Crazy...
END_OF_DOCUMENT_TOKEN_TO_BE_REPLACED 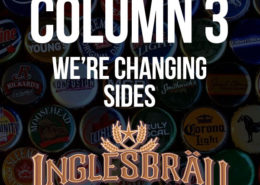 August 22, 2016
All right - we're kind of done with the left side of the cooler. I swear - if I have to drink one more freaking Highland crap (crapft?) brew or a Leinenkugel ANYTHING, I'm going to need to start drinking scotch to keep me from doing something rash, sans clothes, up and down Haywood Road.
END_OF_DOCUMENT_TOKEN_TO_BE_REPLACED 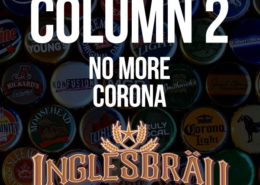 August 10, 2016
Yeah, I know we said we’d go through ALL the beer in Ingles, but I swear to God – I couldn’t bring myself to waste the time, calories and blogging power on a frigging Corona Light. The regular Corona was so bad that I figured light cat piss can’t be any better than regular, full-flavored cat piss. So, we passed on that one. We DID, however, drink a few beers...
END_OF_DOCUMENT_TOKEN_TO_BE_REPLACED 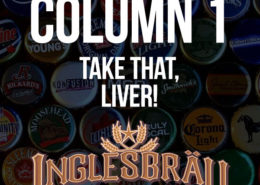 July 30, 2016
Well, here we go. Week 1. We embark on a great endeavor to drink ALL THE BEERS in Ingles. So far, I’m feeling pretty good. Liver’s feeling right and I’m ready to do this. We got the first sixer today – and, for the most part, it looks doable.
END_OF_DOCUMENT_TOKEN_TO_BE_REPLACED

Let’s Get All Social